Now any non timid bacteria this might say bah, I'm not scared. But those honeybees are no ordinary bees. They are Religiously Fanatic Viking Honeybees. They are covered from head to tail with Pathogens of all kinds. And not just any ordinary pathogens. These pathogens have antimatter suspended in between their organelles.
Now this is dangerous. If any such black hole comes after you, no matter if you are a big fat mean planet or a dwarf termite you are in trouble.
Posted by Abhishek Rao at 9:15 AM No comments: 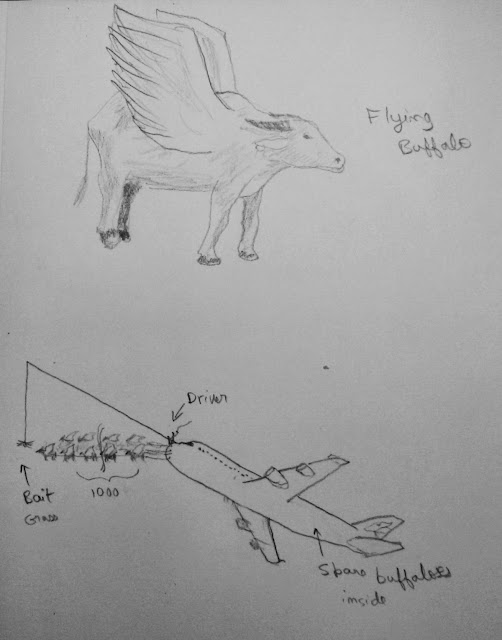 "You and your pipe dreams!" said Wei and off she went to watch the latest adventures of Bickey Buffalo, the cartoon show featuring anthropomorphized buffalo who only wore a bandana.
Posted by Abhishek Rao at 7:30 PM No comments: